The Hustle of Turning Hustling “Scavengers” into Youth Entrepreneurs

Helpless and hopeless kids as young as the one on the photo still frequent the dumpsites. Photo was taken by George Mwia Kayange during the creation of the videos. In 2000, Child Rights Information and Documentation Centre(CRIDOC) worked with the National Youth Council (NYCOM) to create videos and radio features about the children who risk their lives at the two major dumpsites of Lilongwe and Blantyre scavenging for all sorts of waste there. Today, five years later, it shocking to learn that some of the expired dressed chickens discarded from some big shops in Lilongwe still end up as kanyenya ( brai or fried chicken) in some streets and around some bars in Lilongwe, according to revelations by children and young people who scavenge at the major dumping site in the city. The dumpsite, located near Six Miles some 10 kilometers away from the city, is notorious for close to 2000 scavenging children who frequent the site, according to NYCOM. In random interviews at
Post a Comment
Read more 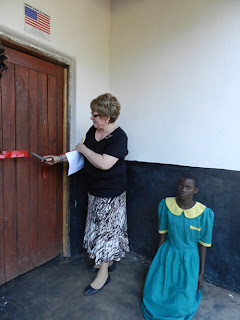